PUBLIC NOTICE: In observance of Christmas, the Town offices will be closed on Friday, Dec. 23, Monday, Dec. 26 and Tuesday, Dec. 27. Offices will reopen on Wednesday, December 28, 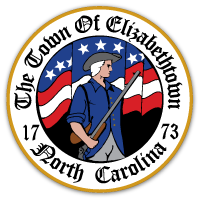 The Administration Department includes the Town Manager, Assistant Town Manager, and the Town Clerk,  who work directly for the Town Council to promote, enhance, and sustain the safety and quality of life for our residents, businesses, and visitors.

In Elizabethtown, the Mayor and Town Council serve part-time and are elected on a non-partisan basis. Under the council-manager form of government, the Town Council acts as the legislative body in establishing policy and law. The Town Manager handles the day-to-day management of the Town organization. The mayor is elected at-large (city-wide) for a four-year term. They serve as the presiding officer at Town Council meetings and as the official head of the Town for ceremonial purposes. The six Town Council Members are elected at-large from districts for staggered four-year terms. The Town Council appoints a professional Town Manager, who serves as the Council's chief advisor, and the Town Manager appoints the Town's employees.

The Town Manager is the Town government's CEO and oversees Town's day-to-day operations. When the Town Council decides on an ordinance, law, or policy, the Town Manager is responsible for implementing those decisions. The Manager coordinates the operations of all the Town's departments and is responsible for preparing a proposed operating budget and its presentation to the Town Council. As adopted by Council, this annual budget provides funding, staffing, and general guidance to the Town's departments for the fiscal year.

The council-manager form has become the most popular type of local government in the United States in communities with a population of 3,000 or greater. North Carolina cities, towns, and counties helped pioneer the form, and all North Carolina local governments of significant size (greater than 5,000) operate under this form of government.

The Administration Department is located in the Municipal Administration Building, 805 West Broad Street, Elizabethtown, NC 28337. Administration staff members perform both lead and support functions that focus on the overall operation of the town.